The “Work” of Hope 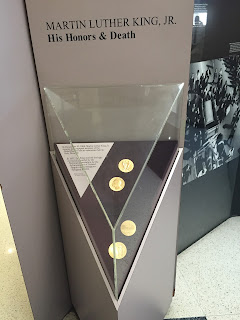 “2 Up & 2 Down” a “game” to expand innovative thinking/behaviors

For all the “talk” about expanding our creativity and the
need for massive and accelerated innovation in the world economy today, it’s
amazing how “stuck” we are in our personal habits and routines and how our
actions and responses are deeply predictable.
Over the past few years I have been thinking/observing this trend not
just in others around me but my actions and myself.  As a person who believes that one’s words and
actions should be in alignment, (having written about just that idea years ago
in a previous essay http://ift.tt/1Sn5A8r)  I searched for a tool to adjust my
“predictable” habits.
Think to yourself how often you go to a favorite restaurant
and always order the same thing.  How
often your morning coffee order is identical in structure (for me a medium
americano, extra shot with room, ha!!).
How often you sit in the same spot in a meeting room.  In a time when the world needs our flexible
problem solving, our creative innovative energy, our actions seem to reflect a
much more rigid/inflexible reality.  What
to do???
A few years ago I came up with a “game” that I call “2 up
& 2 down.”  In a restaurant/food
service setting with a group or team of people, I see if anyone wants to “play
a game” to work on flexibility and creativity.
Often most or all of the folks want to “play”, and after checking for
any food allergies that might cause serious problems, we begin the “game.”  I ask everyone to look over the menu and be
clear with their choice, possibly the lunch or dinner entrée.  Once that choice is clear in everyone’s mind,
I ask someone at the table to pull out a dollar bill.  Looking at the face of the dollar bill, I ask
for the first number of the serial number, lets say in this instance that it’s
a “2”.  Next I ask another person to say
“up or down.”  Usually there are a few
questioning looks, but ultimately that person says either “up” or “down;” lets
say in this instance they said “up.”    So we have “2 Up”” as our game and all those
playing go back to the menu and will order whatever is “2 Up” from their
planned menu order…. A moment that brings some excitement and panic!!  Someone who had planned on a steak, may be
getting a salad, someone who had ordered a Rueben will be getting the BLT, and
so on.  It always creates quite a stir!!
The “game” came alive this week, at an ice cream shop near
our cabin in Highlands NC.  I had a
marvelous group of executives, from various companies, up in the mountains for
a “Legacy Retreat” (more on that concept in a future essay).  After a mountain hike, we came back through
town and stopped for an ice cream cone. (Great thinking Regina!!)  As I went up to the counter, I was just about
to order my favorite flavor (toasted coconut) and I caught myself in the “predictable
trap.”  I stepped back and said, “who wants
to play “2 Up & 2 Down??”  After a brief
explanation, I had one taker and Nancy stepped up to “play.”   Nancy a creative and very talented senior
leader for a major corporation steps forward to say her order was “chocolate
peanut butter.”  I pull the dollar bill
from my pocket and say that the first number was “3, ” and I asked another
individual to call “up or down” and “UP” was called!  We had “3UP” as our “game” and I stepped up,
and went “3 up” from “toasted coconut” and ordered a cone of “peach frozen
yogurt.”  Nancy follows and goes “3 Up”
from “chocolate peanut butter” and ordered a cone of “maple walnut.”  The broader group watched as Nancy and I “enjoyed”
our new, unexpected ice cream flavors, discussing the “game” in more detail and
commenting on some of my past “unexpected meals!”
Now I don’t think that Nancy nor I have found a new favorite
flavor, but we took a tiny action to step out of the “same old/same old” habits
and try something new.  We need to work
on this all the time, looking for ways to expand our view and experiences, and
build flexibility into our thinking and experiences.  While this “little game” may seem a bit cliché,
it serves as a small playful tool, and a bit of a reminder that we can use
regular, everyday moments to expand our perspectives, habits, and actions.  Give it a try with your friends, family,
team, or department sometime soon!!
April 25, 2015

For those of you who have read this blog for a while, you will certainly find the “refrain” of this essay familiar. For the past seventeen years, since the passing of my grandmother (MaMa) in 1998, I have been thinking, speaking, and writing a lot about this topic of “Legacy.” MaMa and the original “legacy story” that I captured in a previous essay, “The Turkey Bag”, inspired this blog, titled “Find Your Legacy”. To see more essays on the concept of “Legacy,” look under the blog archive to the left of this site’s homepage and look under “Topics.”

As we dive into spring here in Atlanta, I turn my attention to the garden. We have a lovely flower garden, and a small but hearty vegetable garden at our home, and every spring the garden comes to life with the colors of tulips, irises, azaleas, and roses. Additionally I start from seed tomatoes for my garden, working to have them ready to go into the vegetable bed by mid to late April, after the last frost date for our area. This year, I have started two separate heirloom tomato varietals, both strongly connected to my past. One of the varieties we call “Mama’s old stripers,” an old yellow tomato varietal that my grandmother raised for decades, and handed down through our family. The second varietal I call “Mrs. Carfang’s Big Pinks.” This is an old pink tomato varietal that puts off huge fruit that I will highlight in a future essay.

In my family we always associate gardens and gardening with MaMa. She kept a large vegetable garden well into her 90’s, raising and caning a wide variety of vegetables across the growing season. I distinctly remember taking a case of her canned pole beans with me when I went off to graduate school at Vanderbilt. Thus it is no surprise that I have been thinking a lot about her this week as I went to plant seven of her “old stripers” into my garden. What did strike me this year as unique was the timely flowering of an African violet.

This past fall, my brother passed along a few plant cuttings and a small violet that he had started in his home in Virginia. The violet had a very unusual past, since he not only started it from a cutting of a violet that MaMa had raised, in her home in West Virginia, but that the original flower had been given to MaMa by my mother, sometime before her death, as a housewarming gift from some long ago visit. It really struck me to think that my mother, who passed away so young back in 1974, had brought this exact plant to my grandmother as a gift more than forty years ago!

Sometimes it’s easy to think about the idea of “Legacy” somewhat nostalgically, fondly reminiscing of some gently remembered past. The flowering of the violet and the young tomato seedlings being ready to plant are both reminders to me that the concept of “Legacy” is a current, present tense active moment of engagement. In some crazy way they are triggers for me to not only think back on these two, very important women in my past, but to consider how I am taking action in my life today, inspired by their “legacies.” It forces me to consider how I am spending my time, day to day, in an often overly scheduled frenetic life. What impact am I having on my kids, Bryson named after MaMa’s father and Marie named after my mother, Arline Marie Wark.

As you look at the photo below of the blooming Violet and the young tomato seedlings, think about the people from your past and how they have had an impact on you. Think about what “Legacies” they have left with you AND consider what “Legacies” you are “planting” in those around you every day.

For those readers in the Northern Hemisphere, enjoy the blooming of spring wherever you are!